I wrote this for The Conversation (click here for the original article), and I would like to thank Laura Hood, the editor for her journalistic touches! I would also like to thank Scott Metzger for kindly allowing to use his brilliant Santa cartoon.
So here it goes:

Anthony Fisher, a lecturer at Nottingham University, has become the latest casualty of unwise social media use after causing outrage with Facebook posts about his students and their intellectual ability, or lack thereof.

Public humiliation ensued, which in turn prompted official institutional statements on the matter that could leave Fisher with a mark against his name for the rest of his career.

He is by no means the first to become a pariah for failing to think before he posts. Fellow academic Geoffrey Miller, from the University of New Mexico, felt the heat last year after tweeting about “obese” PhD applicants and PR executiveJustine Sacco was fired after sending an offensive tweet about AIDS just before getting on an 11-hour flight to South Africa. By the time she landed, her missive had been retweeted thousands of times.

Unfortunately, the media frenzy that so often surrounds these cases only fuels the fire for those who oppose social media and can be devastating for the people involved. They find themselves at the centre of debates being carried out across continents between people they don’t even know and become the subject of mocking memes, as Sacco quickly found. 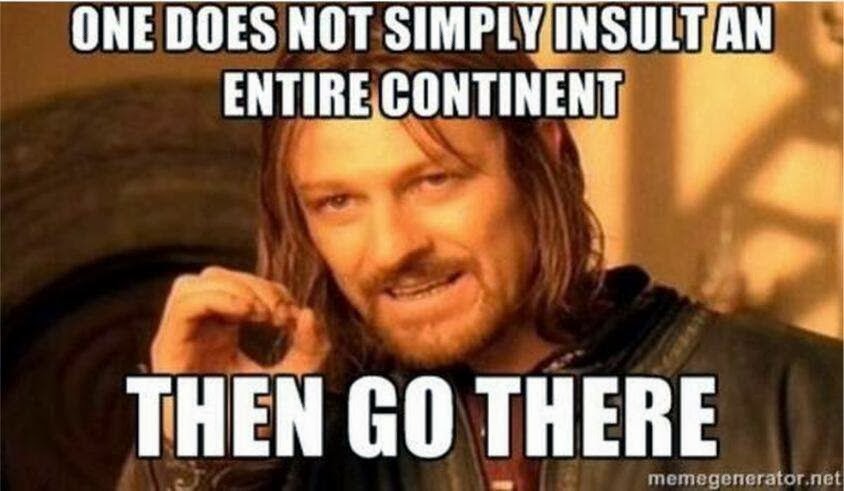 Sometimes, the backlash is so extreme, it could even be defined as cyberbullying. Messages posted in response can be threatening and can involve the friends and family of the person who sent the original.

But what is it exactly that causes such over-reaction? Are fellow social media users really offended by un-PC messages or is it the fact that they have been picked up by an unintended and unexpectedly wide audience?

We all have concurrent identities for different audiences and perhaps that is the problem. We are professionals, parents, children, customers, neighbours, drivers, dog-walkers, bill payers and joggers. But these identities don’t exist in isolation. We “perform” them to specific audiences and behave as accepted or required by the role. We talk the way we are expected to talk about the topics that are validated and relevant to a particular audience.

The problem, however, is that very often these roles, these identities, are conflicting: topics, words and ways of saying things could be accepted or even required in one situation and in one community, but they might well be incomprehensible or even offensive in another. This is exactly what happened in all the cases above. Fisher, for instance, made it clear in his apologythat he had meant for the post to be seen only by his close circle of friends and did not realise that his Facebook timeline was publicly visible. He said he had thought he had changed his privacy settings to hide his posts from people who weren’t friends on the network but that doesn’t appear to have happened.

If you think about what is accepted behaviour when you talk to your friends, moaning is probably on the OK list. In fact, in some relationships, it’s practically a requirement to “perform” in this way. We moan about work, the boss, “the wife”, the traffic, sometimes when we want to really moan and sometimes as a gesture of confidence or to show solidarity.

Throwing stones at Fisher or Sacco about what they said is nothing but double standards. If anything, they should only be penalised for not realising the type of audience they addressed - whether due to ignorance, in the case of Sacco, or due to lack of technical competence, as was the problem for Fisher.

Which persona to use today?

So is banning professionals like Fisher from engaging in social media the answer? Or would disclaimers, like “these views do not represent my employer” work? The answer to both is almost definitely “no”. “Reputational resource” is a crucial aspect of professional communication in our age. This is the sum of all interactions by and about institutions or organisations. It’s the tweets from your marketing department, the Facebook updates from employees about their office and the way you deal with public criticism. Social media inevitably plays an integral part in this these days.

When it works, it has been shown to do wonders for a brand, when it doesn’t, an organisation can let it be a problem or put a positive spin on it.

The answer is perhaps a more thorough understanding of the blurring boundaries between the professional and personal sphere, and more education on different audiences you are addressing when you voice your opinions online. First and foremost though, learn how to adjust your privacy settings.

- So what exactly do you research?
- Digital discourse and business discourse. Sometimes the combination of the two. You know, how people use language online, the various strategies people employ to make sure they get their meaning across. I also study how people communicate at work, for example how they make sense of their workplace reality. I am particularly interested in the linguistic features and discursive strategies of computer-mediated communication.
- Oh, emoticons, right?